To LF or to LMA? That is the question!”

In the MRT terminology there are two well-known acronyms, LF and LMA, both reported in the main standards: ISO4309 and EN12927. LF stands for Localized Fault. Sometimes it can also be found as LD, Localized Defect. LMA stands for Loss of Metallic Area. These two signals usually represent the workhorse of each MRT manufacturer. In this article, you will learn how to recognize them, how they are created, their physical meaning and the conditions in which they can work at their best.

The LF technology is the most ancient among MRT systems. This well-known signal measures the leakage of magnetic flux, in presence of a defect on a magnetized object, such as a wire rope.

As it shown by Picture 1, in case of a defect on a fully saturated rope, part of the magnetic field comes out from the rope, crossing the defect. This phenomenon depends on the gap in the rope introduced by the defect. The flux lines vary, meeting a zone (the gap) with a different magnetic reluctance. This variation will occur in the air surrounding the rope. The relative intensity and direction will depend on the entity and shape of the defect. Probes placed strategically will detect the flux, convert it in a voltage, then extract the signal.

Picture. 2a – Corrosion detected with the LF technology

Picture. 2b – Broken wires detected with the LF technology

Broken wires and corrosion can be detected by the LF technology. It is important to remark that each signal must be interpreted by a trained technician. In the graphs there are no indications of number of broken wires, entity of the corrosion, loss of metallic area, or percentage values on the axis. These results must be interpreted. Through these diagrams, a trained technician reading the diagrams can easily evaluate the rope condition. The strong stability, the simple linearity and the reliability (no strange end effects or signal oscillations) characterize the LF signal. For this reason, only the LF signal is reported in the EN12927 test certification procedure. Without this test, it is not possible to operate in the cableway sector.

The LMA was developed to provide the user with a damage quantification, knowing “how many” defects (usually corrosion) affect the rope metallic section. The diagram associated to this signal gives mostly percentages. The technician will read a value (-2%, -5%, etc.), corresponding to the loss of the metallic section in a well-defined point. 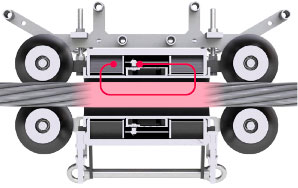 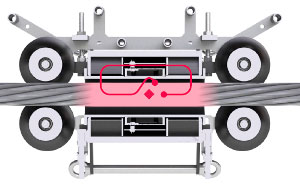 It's not as easy as it seems.

1. The relation between the volume and the section of a rope

The real name of the LMA should be LMV (Loss of Metallic Volume). When there is a defect in a rope, there is a variation in the total magnetic reluctance. The rope can be seen as an electric resistance, its value will depend on its physical characteristics. The defect area is a zone where the iron has been replaced by air modifying the total value of the resistance. In the magnetic parallelism this phenomenon is called reluctance. An higher number of broken or corroded wires correspond to an higher reluctance, because there will be more obstacles to the flow of the magnetic flux. It is possible to state that under certain hypothesis, the measured flux is proportional to the volume of defect or the rope.

What is the relation between the volume and the section of a rope?

If the defect area is longer than the device, the reduction of volume and section is proportional. Only under this hypothesis the LMV coincides with the LMA.

If the defect is shorter than the device, the signal is smaller, as shown in Picture 4. 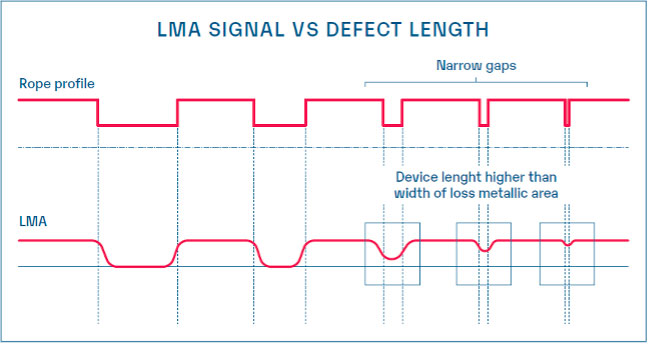 This is the reason why the LMA signal is normally used to identify ‘long’ defects, such as corrosion, wearing etc. It is not suitable for breakages.

Standard LF and LMA signal are shown in Picture 5. Two test wires are placed on the rope, thus the milling causes a section reduction.

Picture.6 shows LF and LMA signals for a cableway carrying rope around the joint point. Some defects (small peaks signals) are detected between wire discontinuities. 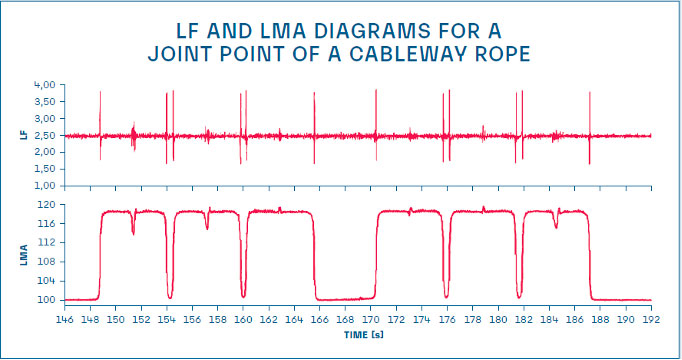 Picture.6 – LF and LMA diagrams for a joint point

The LMA measurement is directly connected to the main flux that flows inside the rope and the magnetic circuit. Any modifications of the flux path can be read by the probes as a change in the rope section. This is certainly true when the flux's change is caused by an actual defect, but sometimes the magnetic field path can be distorted by some external phenomena. A frequent example is the “end effects phenomenon”, which arises few meters before the rope's extremity. During a test on a cableway, where the rope is a closed loop, the device will be placed halfway along the rope. The external magnetic configuration is the same, as well the flux lines. If we perform the test on a crane, at a certain point the end of the rope will get closer to the device, which won't be halfway anymore. This will cause a distortion of the flux lines that will modify the main field in the measurement point and consequently the signal.

The next picture shows an example of this phenomenon. Here the device has been manually moved along a rope, starting from the beginning (1 meter of rope on the back and 10 meters on the front) to the end (the opposite condition). As you can see, the average level of the chart moves among different values, rendering a fake change in section.

In conclusion, when defects close to the rope end were artificial, it was impossible to read the real changes in the cross section. Why should it be easier on a field inspection?

3. Sensitivity to the external environment

The LMA signal is much more sensitive to the external environment than LF. If during the test some metallic parts will move close to the system, there will be a modification of the magnetic flux lines, probably affecting the inspection result. This is one of the reasons why the device must be placed in a free environment.

Last but not least, we need to remember that the LMA diagram is usually highly filtered by software procedures that can remarkably alter it. A better trace will provide better interpretation, but the final user should maintain the control of all processes. It could be dangerous to apply closed algorithms on which the customer has no control; if the starting point is wrong, despite a correct use the inspection is jeopardized.

In conclusion: LF or LMA?

LF is technically recognized as the most stable signal and it is the only one regulated (EN12927). Different defects have different amplitude and shape. For this reason, the analysis requires the interpretation of the user. Under a proper training, technicians will be able to read the diagrams correctly, providing their customers with a rope status certificate.

LMA is not as easy as it seems. This is its main disadvantage. Unfortunately, a result like ‘-5%’ is not enough to define the actual rope status, especially if interpreted by non-trained people. From our experience, a good training on the LMA theory could support the LF method. Without a proper training, users should avoid the LMA signal. In some devices the ‘dual signal’ (LF+LMA) is not obtained by two different probes, but through a mathematical computation. In other words, sometimes, the resulting LF diagram is only the numerical derivative of the LMA signal. This is physically wrong and any LMA false signal will be copied on the LF. In other words, if a system is equipped with LMA, the customer should check the availability of LF and if LF is obtained by separate probe circuits.